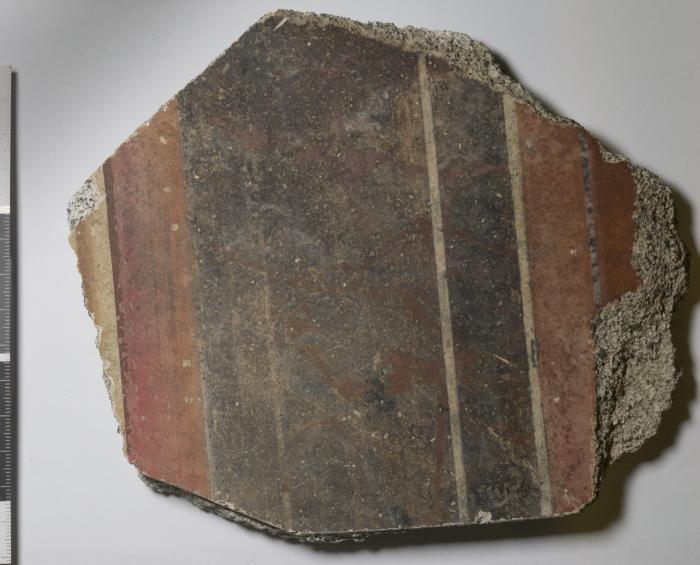 The environs of Pompeii were settled before Roman occupation, but the site as seen today dates to the Roman period. In 62 CE an earthquake hit Pompeii, and excavations indicate that repair works were still in progress when Vesuvius erupted 17 years later. The city, frozen in time under pyroclastic debris, was rediscovered in the late 1500s by Domenico Fontana. Intensive (and often aggressive) excavations began in 1763. Over time, the pace of excavation has been slowed in order to promote a more careful and rigorous study of the city. The Pompeii excavations have made it possible to glimpse into Roman urban life and examine its components in a coherent archaeological context. They have also shed light on Roman decorative art. It was examination of Pompeiian frescoes that inspired historian August Mau to develop his famous four-style classification system for Roman mural painting. Indeed, several of the private residences at Pompeii contain excellent examples of mosaic flooring and mural painting, particularly those dating to the Samnite period. The House of the Faun, of the Vettii, of Marcus Lucretius Fronto, and the Villa of the Mysteries are prime examples of the refined and diverse styles of mural painting employed in Pompeiian homes.

Wallace, A. (2013). Presenting Pompeii: Steps towards reconciling conservation and tourism at an ancient site. Papers from the Institute of Archaeology, 22, 115-115. 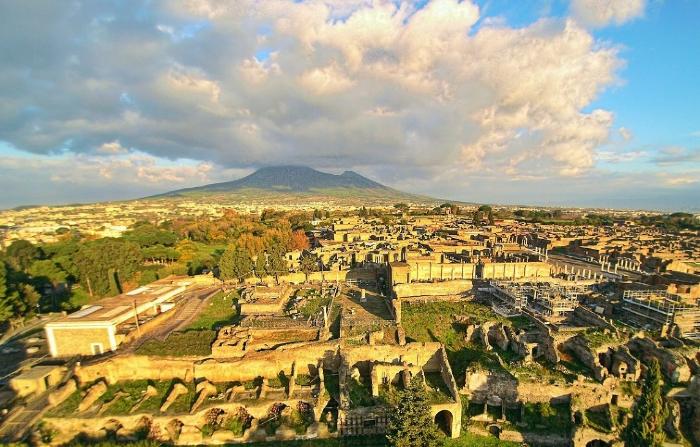 Pompeii with Mount Vesuvius in the background (photo by ElfQrin, https://pt.wikipedia.org/wiki/Ficheiro:Ruins_of_Pompeii_with_the_Vesuvius.jpg / CC-BY-SA 4.0) 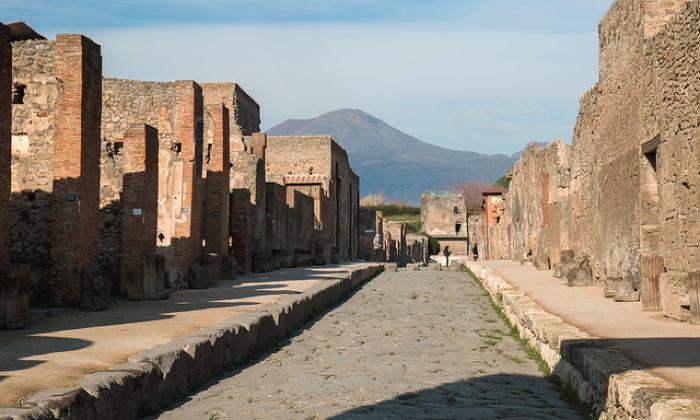