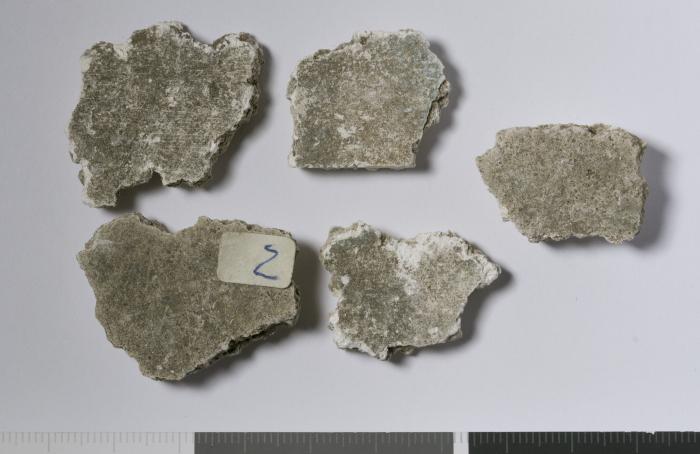 The catacombs were named for Praetextatus, the donor of the land beneath which the tombs are located. The main gallery, known as the Spelunca Magna, was excavated in the 2nd century CE and actively used in the 3rd century CE. An additional deeper layer was excavated and exploited in the 4th century CE. The tombs were initially reserved for wealthy Roman patrons, but Christian interments frequently occurred in the catacombs’ later period. The complex was allegedly restored in the early 8th century by Pope Gregory III but was subsequently forgotten and only rediscovered in the 15th century. The catacombs feature fine architectural details and important examples of 3rd-4th century funerary painting. One notable tomb is the Square Crypt, which incorporates Carrara marble cladding and frescoes depicting the symbolic attributes of the seasons. 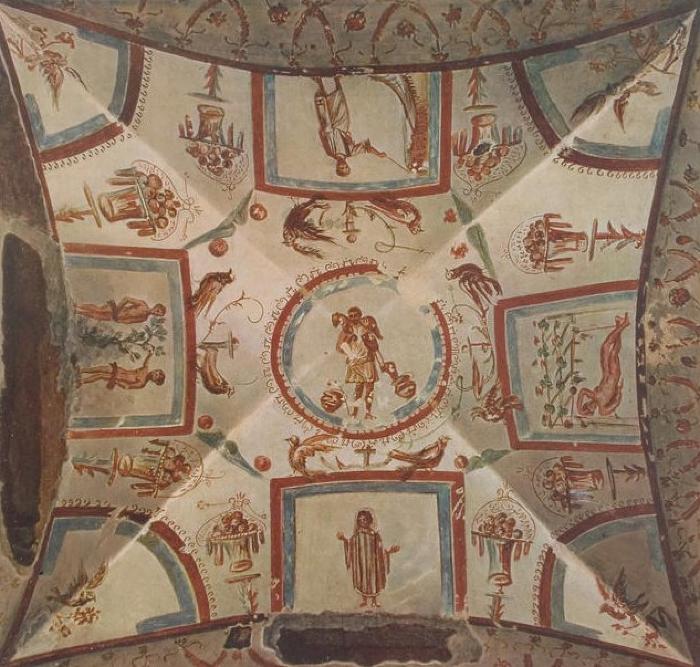 Mural painting on the ceiling of the Spelunca Magna at Catacombs of Praetextatus (photo courtesy of https://digi.ub.uni-heidelberg.de/diglit/wilpert1903, public domain)