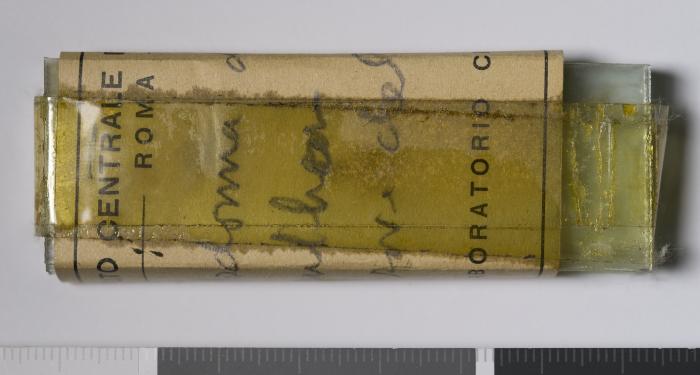 The building of the Pantheon commenced in 27 BCE. It was rebuilt in the 2nd century CE, and received slight modifications in the 3rd century. The concrete and brick supporting walls of the structure are surmounted by a colossal concrete dome with a diameter of approximately 43 meters. The building is entered by a porch with a triangular pediment supported by columns of the Corinthian order. The interior is illuminated by sunlight penetrating the dome through an oculus with a diameter of 8 meters. During the early 7th century CE the structure was repurposed as a church (Santa Maria Rotondo), a status it retains to the present day. In its time as a Christian church, some of the original bronze decorations in the ceiling were removed (to be used primarily for military works under Pope Urban VII). The refurbishment of the building for Catholic worship also entailed the addition of altars, tombs, and apses. Frescoes by the Tuscan school from the 15th century and an Annunciation fresco attributed to Melozzo da Forli may be found in the niches of the Pantheon. It is also the final resting place of the artist Raphael. In the 18th century stucco friezes were added to the walls below the dome. 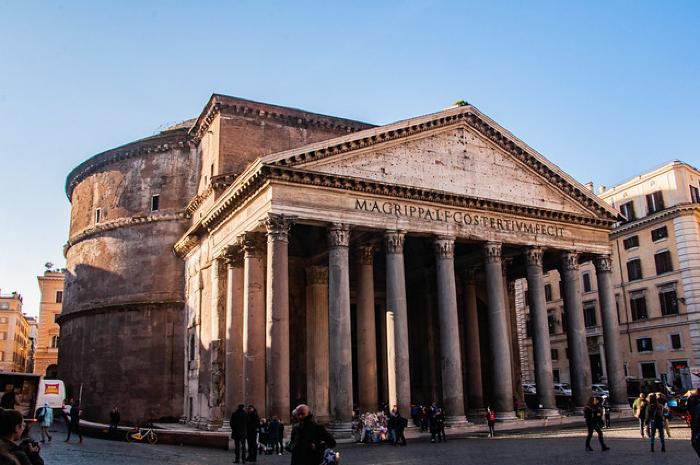 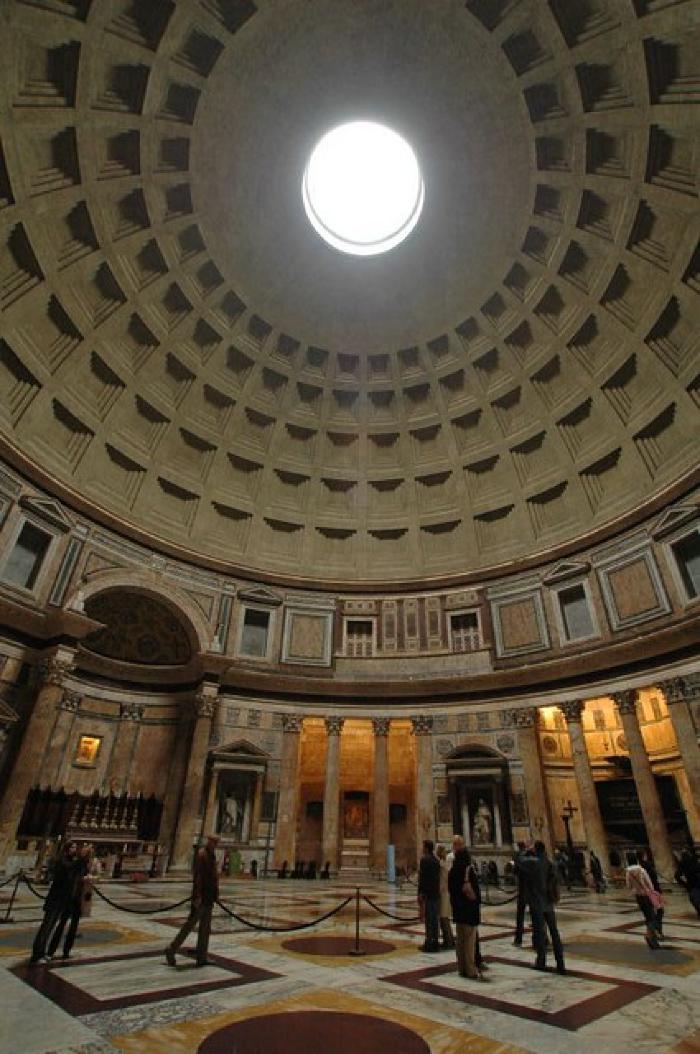