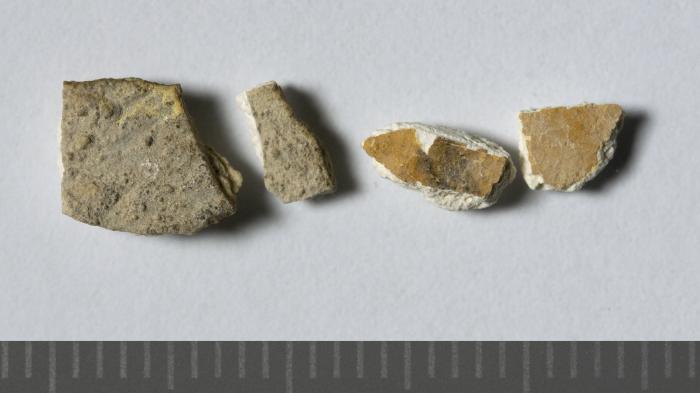 This tomb, built in Beni Hasan, belonged to Knumhotep II, a member of the Egyptian high hierarchy, during the reigns of the pharaohs Amenemhat II and Senusret II (20th century BC, Middle Kingdom period). The tomb was carved in the rock, and is famous for of its remarkable paintings, over the walls and vaulted ceilings depicting, mainly, episodes from the life, death and also afterlife of Knumhotep II, his family and their relationship with the pharaoh and his family. Within the painting compositions one deserves a special mention: the so-called scene of the Aamu group, foreigners from Asia which pay their respects to the deceased, by bringing offerings. The general ensemble of the paintings was well preserved, still showing their original colors.